Get My Free Trial 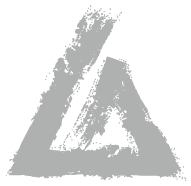 Brazilian Jiu jitsu is widely accepted as the most efficient form of fighting or self defense. As the sport of mixed martial arts grows rapidly, all professional fighters are obligated to train in Jiu jitsu or the “ground game”, as it common knowledge that most fights end up on the ground. When the first Ultimate Fighting Championship (UFC) took place in 1993, ambassadors from the most highly regarded martial arts came to fight and represent their respected sport. Many were surprised when a small, unassuming Brazilian made short work of all his opponents by taking them to the ground and submitting them. The sport had been developed by Royce’s father, Helio, with the goal of allowing a smaller opponent defeat a larger, stronger one. Today Brazilian Jiu jitsu, or Gracie Jiu jitsu, has spread all over the world and is represented by many American practitioners.

With a growing “bully epidemic”, jiu jitsu is a surefire way to bully proof your child. We will instruct your child in how to be well versed in grappling, or “hands on” situations. All too often, we tell our children to stand up for themselves and not to let someone bully them. The issue is that they want to, but don’t know how. It is unrealistic that we expect them to take a stand when they have no confidence that they could defend themselves. However, when we show a child how to grapple properly and let them practice “live” jiu jitsu daily, they gain an appropriate confidence in themselves. Jiu jitsu is also the most fun, energetic martial art for kids to take part in!

Or give us a call

Get in touch with us